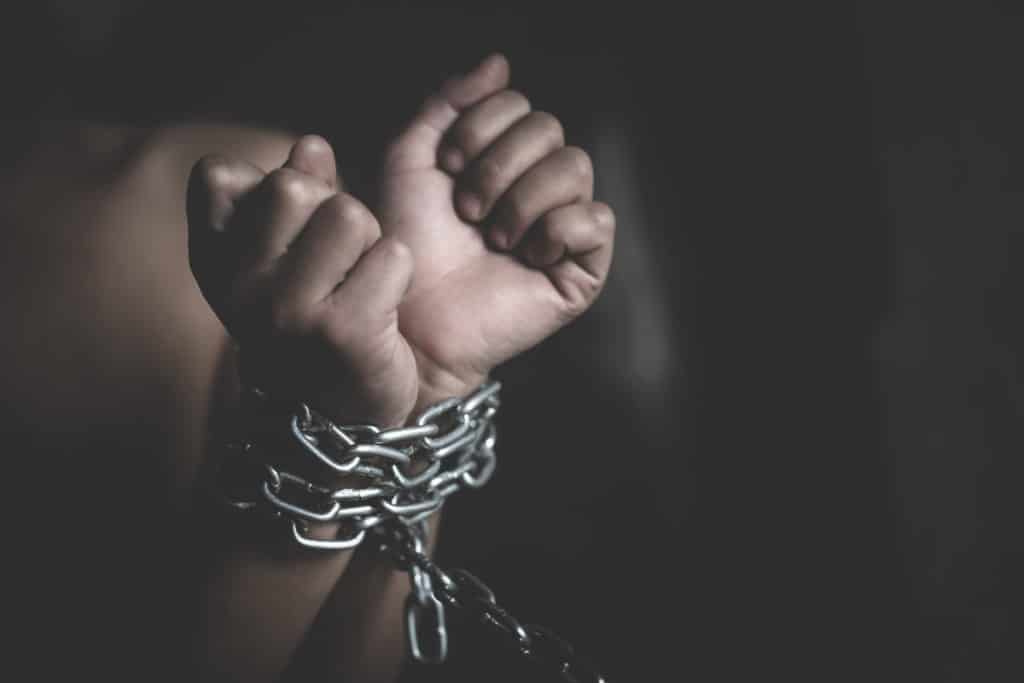 A Centralized Management Solution for All Things Board-Related

Uncaged is a charitable nonprofit dedicated to helping support and empower human-trafficking survivors worldwide. With the goal of becoming a world-leading catalyst and resource for the anti-trafficking movement, Uncaged champions the “transformation” of survivors through its evidence-based, trauma-informed therapies and best practices.

“Our focus is on survivors of sex trafficking,” says Laura Compton, Director of Operations. The group’s seven-member board supports its individual work and its collaborations with other organizations to advance this mission. “We are transitioning now into doing some preventive care,” she says, “where we train people at hospitals, we train people in schools to spot sex trafficking and help the person who is being trafficked.”

With a budget of over $1 million, Compton says, “the board has to approve a lot of things.” Talking with Uncaged’s founder and CEO Kim Westfall, Compton remembers saying, “We need a centralized system for all things relating to the board. It will simplify our audits and make things easier for both the board members and administration.

Compton, who has used a plethora of board management solutions, chose OnBoard mostly based on clear, concise product information on OnBoard’s website and rave user reviews. Immediately, OnBoard stood apart from the “clunky” board management products she has used in the past.

“I’m a millennial,” she says. “I have been working with clunky systems since I was a kid.” OnBoard, she says, defies “clunky”— it’s easy to use, vastly improves efficiency for her and the board, and supports Uncaged’s nonprofit needs.

“Everything has been beyond stellar with OnBoard,” she says. “They just really made a product that works.”

Why Every Professional Association Needs Board Management

“I feel like we could be a Fortune 500 company with the help OnBoard has given us. We are not considered second class because we are a nonprofit. You would think that we were a top client of theirs.” 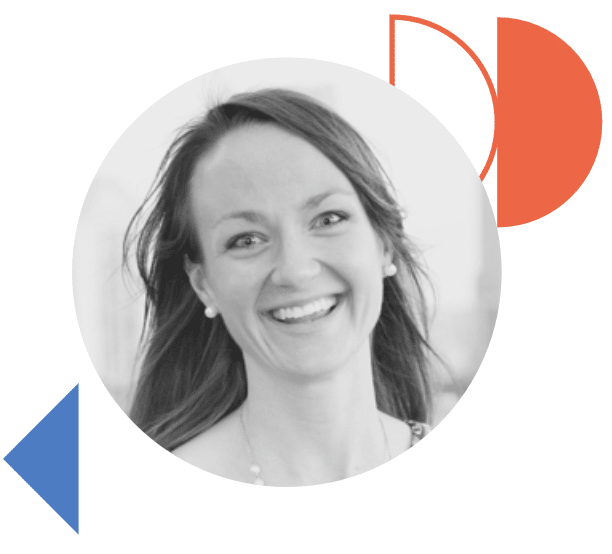 From Access to Documents to Board Engagement and Ease of Voting

The Uncaged board meets annually. Before OnBoard, preparing for board meetings was an overwhelming administrative task. Getting directors the information they needed, ensuring they received it and keeping that material up to date was a major headache.

OnBoard, Compton says, relieves her of 80% of that burden. Directors also benefit, becoming up to 45% more efficient in their board-related tasks, she estimates.

“Things are a lot more accessible to the board of directors now,” she says. “They need to see the Conflict of Interest that they’ve signed; they need to see where our money is going, and when it is coming in.”

Compton also distributes video updates from Westfall, the founder, putting them in OnBoard’s “announcements” file, so directors can watch them at their convenience. “They have all of that at their fingertips,” she adds.

Compton also likes that board members can easily vote within OnBoard. In fact, Compton says, voting was the board’s initial experience with OnBoard after implementation. “We had a few items that needed to be voted on, and I was sick of doing it over email and then trying to turn it into minutes and saving it in a Dropbox.”

“If the OnBoard app is pinging them and they know it’s specifically for board matters, they know to give it appropriate attention,” she says. 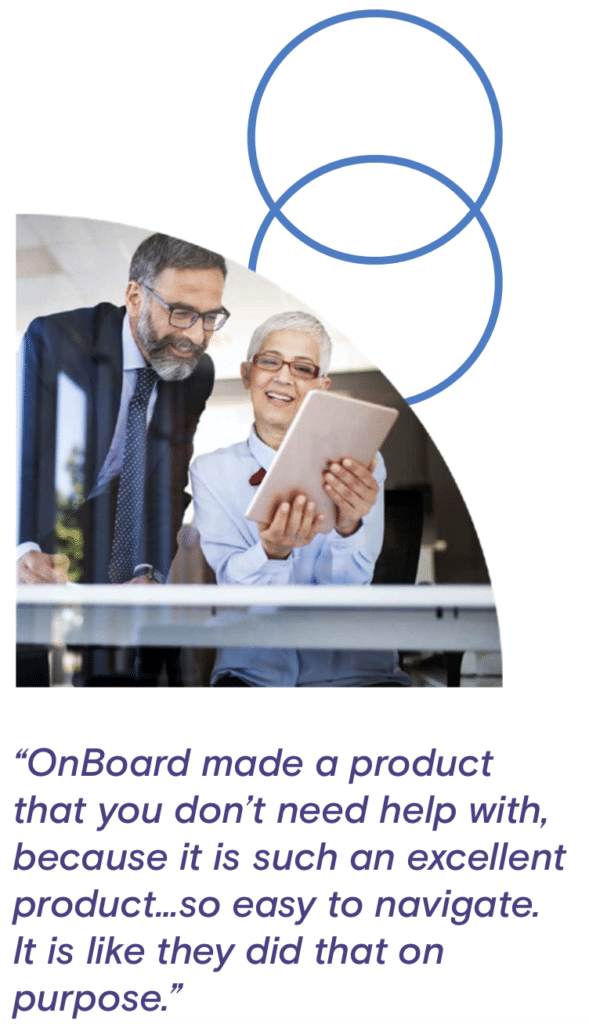 Catering to Nonprofits, From Price to Transparency

OnBoard implementation was “beyond easy,” Compton says, and training was brief — a matter of hours. The first step was meeting with an OnBoard Customer Success Manager virtually to discuss the product and Uncaged’s needs.

In fact, the OnBoard Customer Success Manager was instrumental in helping the organization find the best nonprofit rate using TechSoup, a nonprofit helping other nonprofits. This is part of the reason OnBoard has made Compton feel valued — like more than just another revenue source.

One of Compton’s pet peeves is getting a discounted product and then having to pay for support because the product doesn’t work well. “I can’t stand that,” she says. “But OnBoard made a product that you don’t need help with, because it is such an excellent product … so easy to navigate. It is like they did that on purpose,” she says, then ticks off a list of other companies selling similar solutions. “All of them need to use OnBoard’s model.” 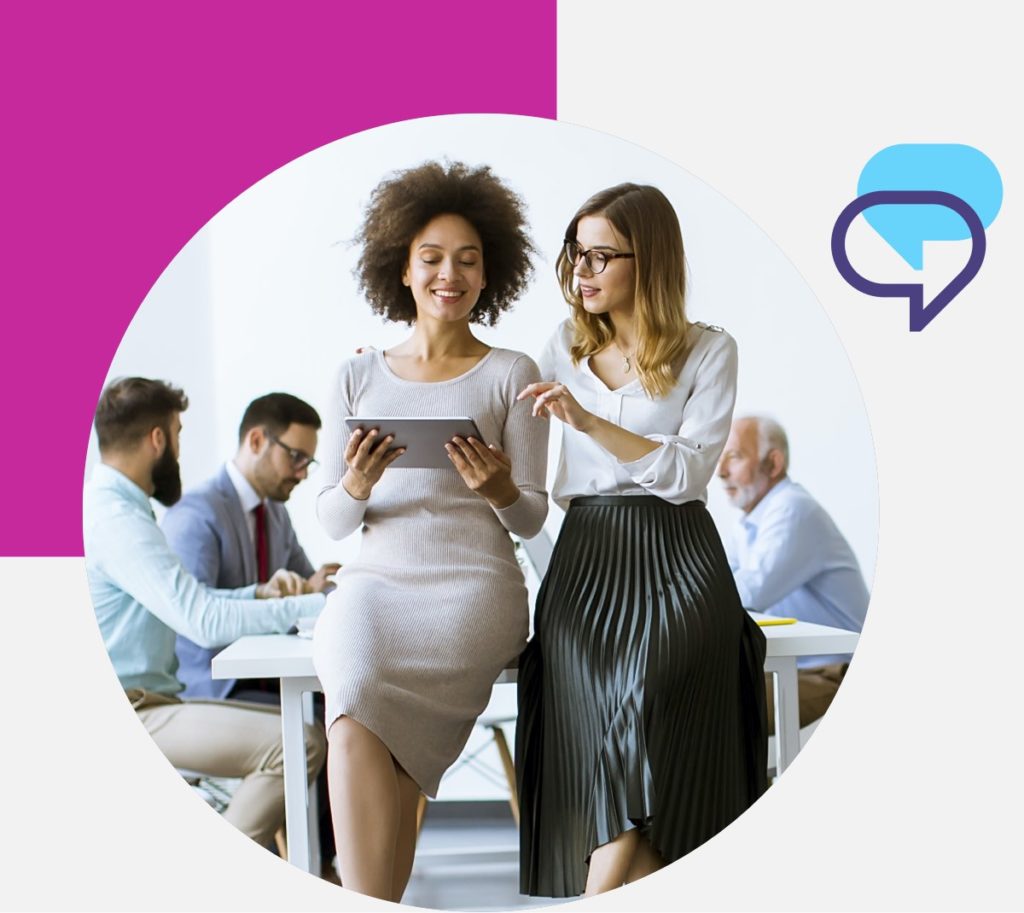