The Urantia Book Fellowship was established in 1950 in Chicago, Illinois, as a non-profit educational foundation. We spoke with Emilio Coppola, Urantia Book Fellowship’s Treasurer, about their experience adopting OnBoard. What follows is a transcript of our conversation, lightly edited for clarity and length.

Passageways: So, how did you first hear about Passageways.

Emilio Coppola: We heard about you at a conference in DC, in the Spring. That is when we were introduced to OnBoard.

When you began to take a look at OnBoard, what was the business need you were trying to solve.

We didn’t even know this type of software existed. We are a small nonprofit and we were really looking for an integrated solution to help us manage our constituents, donations, and events. When I passed by the booth for OnBoard and they shared with me what board portal software was, and how it was integrated with the iPad, that was a strong selling point to me. More importantly, we have members of the board that are from all over the country, and it was very difficult to make sure everyone had the most up to date agenda and supporting documents. Traditionally, we have waited until the last moment to get the material out to the group. Even then, there were always last minute changes. I was excited that OnBoard would allow us to push out our agenda and documents earlier. That gave the board a chance to digest the information, make notes, update documents, maintain and organize notes, and that was really powerful to me.

” I was excited that OnBoard would allow us to push out our agenda and documents earlier. That gave the board a chance to digest the information, make notes, update documents, maintain and organize notes, and that was really powerful to me.

Help me understand how you were sharing information prior to OnBoard

We were primarily using email and discussions in a broadcast email list. We would send out documents on that list and everyone would get it. That’s how we were doing it, but of course you run into all sorts of issues under that scenario. Limits on the size of their mailbox, whether it gets caught in the spam filter, whether they even have access to emails if they were on the road. You get into an issue of which version is the most recent version. “I didn’t get it can you resend it,” and the next thing you know you have 8 versions of the same document and everyone is trying to figure out which is the right one.

So, about managing different versions, how often would you say that you had to make changes before the meetings that would require many emails

We have done a number of things trying to mitigate the email mishaps, making documents come in by a certain time. But the reality is that we would have to send out four, five, six, different versions of each document before the actual meeting.

Geographically, how to spread out are your board members.

We probably have 15 members as part of the executive committee, who control day to day operations of the organizations. The furthest member was in Alaska, but we are spread out as far as California, Texas, Colorado, Florida, New York, so pretty much spread out in all three time zones.

What are some highlights you can share after adopting OnBoard.

I think that in any IT project you really need someone to spearhead the project to make sure it gets done. In this case it was me. I helped facilitate by making the donation to procure the software, because that can be a lengthy process in our group to procure software. Secondarily, our board members are largely technically not very savvy. They tend to be an older group, but they do have iPads. We are just starting off, but they are starting to see the benefits, and they are still learning how to make notes and to modify the agenda, documents, etc. I am hoping by the end of this year, their experience will be such that they wont want to do without it, members of the board have expressed that they want to continue.

For those individuals that have used OnBoard, what are they saying about the software.

They like having the agenda book being created in a nice concise PDF of the entire meeting documents. As we try to wean them off the current system of getting emails, I will remind them of the digital version, link them to the agenda in OnBoard, and tell them that all updates will occur through there. They have enjoyed that.

So when you thought about introducing OnBoard to your group, what steps did you have to get through to get to that first meeting?

Well, I rammed it down everyones throats. Our Customer Success Manager, John, was really good about working with me on pricing and helping us get it implemented. To capitalize on the great pricing I made it a donation to the organization and told the executive committee I wanted to try an experiment, showing them what Board Portal software is. It took a bit of time. The biggest motivation after we set up for the board was that they will now always have the latest version of the documents. So I basically sold it to them on an experimental basis. I told them that, in my opinion, this is something you gotta really try to see the benefits. They are starting to see those, and I think the group will continue to see the benefits and not want to go back after this.

“I told them that, in my opinion, this is something you gotta really try to see the benefits.”

If you had to summarize, what impact has OnBoard had on your organization?

I would say its greatest impact is ease of use and making sure everyone is on the same page. We have a limited amount of time, and too often we can’t guarantee when someone is going to look at something—some might have time weeks before and others just minutes before. Having all the information in one location where its up to date and current is going to provide the biggest benefit for our organization and level of productivity. 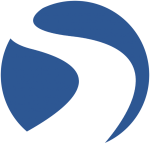 Passageways
Passageways is a SaaS provider of collaboration solutions for boards and employees. OnBoard is a board governance solution, designed to improve collaboration for directors and administrators throughout the meeting life cycle. OnSemble's a lovable, drag and drop, Employee Intranet that connects an entire workplace to one central collaboration hub, builds your culture, and inspires employee engagement.