The results are in, and evidently, I do share a resemblance to America’s favorite English Premier League coach Ted Lasso (based on the LinkedIn comments).  I’ve been called worse, that’s for sure.

Speaking of transatlantic sports, I spent some time last weekend watching the Ryder Cup, the biennial golf tournament pitting America’s best professional golfers against the European Union’s best. Hats off to Steve Stricker, the American team captain, for putting a great team together and getting them to gel so quickly.

It did get me thinking that a Ryder Cup team is a lot like a typical board: It’s a group of accomplished individuals who are tasked to come together infrequently and perform at the highest level under the highest-of-pressure circumstances. The best boards, like the best Ryder Cup teams, make it look easy. The opposite is also true – the worst teams are accused of lack of cohesion and even self-absorbed individualism. So how do those great teams do it?

Ryan Lavner from the Golf Channel may have the answer. His article about Stricker’s “unmistakable power of leadership and camaraderie” highlighted a strategy that should apply to every boardroom.

Lavner wrote, “These are the best players in the world, and like all the greats, they’re competitively selfish. They’re motivated by victory but enraged by defeat. They’re natural showmen with outsized egos. They’ve known each other for years, decades even, and they’ll understand what will work better than some personality quiz or analytics report. And so here was Stricker’s leadership guide for the present-day player: Collaborate. Provide the depressurized atmosphere they need. And then step back and let their preternatural gifts take over.” We agree that should be true of the boardroom. 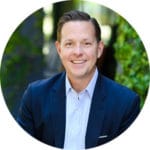 The Theranos saga reminds us that sometimes life is stranger than art. This artistic display continues to reveal itself in real time as the trial of Theranos founder Elizabeth Holmes has commenced. Recently, Warren Buffett himself weighed in, if only to use Theranos as a cautionary tale of board composition gone awry.

Theron Mohamed wrote a piece for Markets Insider that featured comments by the Oracle of Omaha referencing the Theranos board. “They got some very big names on their board,” Buffett said, but alluded to the fact that big names are not enough. Boards should be composed of people who are “business-savvy, shareholder-oriented, and have a strong personal interest in Berkshire.”

Architecting an effective board is complicated but can be made easier with a thoughtful understanding of the outcomes and goals the board is charged with achieving. It seems clear that the construction of the Theranos board was focused on finding cosmetically pleasing members but failed to find those who would effectively govern, even in difficult situations.

Certainly, this year continues to operate like no other in recent memory. That means doubling down on the foundational characteristics of the most effective boards — diversity of experience and perspective and unwavering commitment to stakeholder value.

We encourage our board customers to use this time of year to uncover new insights into their board effectiveness using tools like board assessments and roles & terms management.

‘Tis the (Proxy) Season & Deck the Halls with D&O

We appreciated EY’s recent paper on “What boards should know about ESG developments in the 2021 proxy season.”

The article confirms what we’ve been saying for many months now, that “investors are growing more urgent in their demands that companies address business-relevant environmental and social risks and opportunities.”

And while “greenwashing” may be proliferating, progressive boards are acknowledging a key point EY makes – “As investors grow more willing to vote against management to push accelerated progress, engagement becomes more crucial to understanding investor expectations and voting rationales.”

Speaking of engagement, this is the time of year many organizations do their board director and officer questionnaires.  We’ve written extensively on this topic and firmly believe a decades-old approach to this important, if not administratively challenging, task can be modernized with intuitive technology. We happen to have one that we encourage you to consider. More can be found here!